The Futility of Anonymity 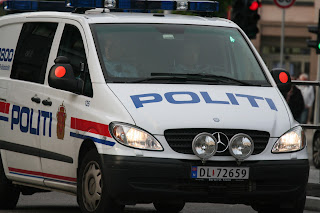 Italian police requested information from their Norwegian colleagues about two bloggers who were using a service hosted on servers in Norway to maintain their anonymity. It's bad enough that servers can get compromised so easily whenever the authorities want to look into someone, but it gets much worse. In a move completely characteristic of Norwegian cops' arrogance and utter disregard for rights, piggies copied an entire hard drive, thus securing identifying information on 7000 political activists.

While I support the right to be anonymous on the Internet, stories like this go to show it is pointless, really. Personally, I chose to blog under my full name not only because anonymity is futile but because I believe activism is more effective that way and I am in no way ashamed of my opinions. So I engage in open hostility against feminists and their enforcers. I have nothing to lose and nothing to fear. I don't have to watch my back because I currently do nothing illegal (even took the above picture myself, so no copyright infringement in this post), and I am positively itching for a lethal confrontation anyway, seething with rage and profound hatred against pigs as my life is destroyed by feminism.

These days a new Orwellian law is being pushed through in Norway (Datalagringsdirektivet), granting the police tremendously increased power to pry into our lives. Information on all email, web browsing and telecommunications of the entire populace is to be stored for the convenience of cops. Note that everyone is presumed guilty and subject to surveillance by default; this is not a matter of keeping an eye on suspects. While this is of course appalling and incompatible with any notion of a free society, I don't fear Datalagringsdirektivet, either. A transparent society suits me just fine and is bound to be a net positive for men. In stark contrast to the pigs, I take the moral high ground. Since a cornerstone of police method is deception, openness is going to hurt law enforcement a great deal more than it will hurt morally upstanding citizens (and besides, anyone who actually knows how to use a computer can easily get around the new surveillance anyway if the need should arise). Pigs have been known to engage in their usual lies and sneaky behavior on social media, but at least one major service has made it clear that this is unacceptable.


Facebook was the only company to make clear that its strict policies against fake accounts apply to law enforcement as well. In its 2008 and 2009 guides it notes that it will disable all accounts that provide false or misleading information, including police accounts, and in its 2010 guide it notes that it will “always disable accounts that supply false or misleading profile information or attempt to technically or socially circumvent site privacy measures.”

Kudos to Facebook for holding cops to the same standards as everyone else. As feminism and its enforcement cannot stand the light of day, the powers that be are only hastening their own demise be escalating surveillance. The truth will set us free.
Posted by Eivind Berge at 4:08 AM 221 comments: Links to this post

Alpha of the Year: Keith MacDonald

Keith MacDonald is Alpha of the Year for 2010, hands down. No one else I've heard of even comes close. Keith has sired ten children with ten different women by age 25. Even more impressive, he has done so on a budget of £40 a week that he doesn't even have to work for since his back hurts, and only £5 a week is deducted from his incapacity benefit, earning him the accolade "Incapacity Casanova." Moreover, he does not appear to have needed to be criminal or violent in order to attract all these women, and unlike certain other famous philanderers, he has even avoided rape accusations. I also bet he never spent a penny on any PUA material or coaching. And to remove the last shred of doubt, it is clear that the women he gets are hot. 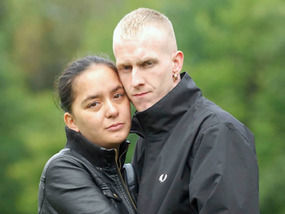 Taxpayers are understandably upset for having to foot the £2million bill for supporting Keith's ten children until they are 18, but Keith is a winner. Boy, is he ha winner!

He fathered his first child at the age of 15 when his then girlfriend, Michelle Purvis, now 32, gave birth to a daughter, Jamie Leigh, who is now 10. When they split up he met Charlotte Anderson, now 25, who had a daughter, Kady, now eight.

Macdonald then met Jordan Banks who was just 15 when he got her pregnant. They had a son, Angelis, who is seven.

June Garrick, now 26, gave birth to his fourth child, Brandon, in October 2003 – a month after Angelis was born. In 2006, he met 17-year-old Stephanie Jubb at a bus stop. She gave birth to their son, Matt, three. Then he started dating Ms Barker, now 22, who gave birth to Emily, now two.

His seventh child was born after a brief romance with Bec Wright, now 22, who gave birth to Clio, also two. His eighth offspring was Ms Bryant’s daughter, Paige, born five months ago.

So how can a jobless, "feckless" layabout accomplish this? (Obviously, he is anything but feckless. Keith is smarter than all of us.) I wish I knew. Clearly he is a natural, and I doubt this level of game can be taught. Most men would need to be billionaires or world rulers to have anywhere near this kind of success with women.

Keith is in an altogether different league than even the best PUAs. Roissy, for example, for all his knowledge about pickup, is missing something essential. Roissy does not want children. Not wanting marriage is understandable. I don't think I would want to get married either under conditions of marriage 2.0 if I were the kind of man women want. But not wanting to impregnate women is a sentiment I can only shake my head at. It is all very well to get to fuck all those women, of course, but in the end, isn't it halfway pointless if you subvert the actual fundamental reason for having sex? Keith Macdonald has understood it. The last laugh will be his.

Just to get an idea of how much sex it takes to father that many children:

And that's assuming they don't use contraception. You would have to fuck 330 women once each to have ten kids, or ten women 33 times. This is what Keith has been doing, all in ten years from he was 15 to 25 while stupid betas have to work and pay. Great for him, not so good for society. I would certainly never stoop so low as to be a net taxpayer and work to pay for another man's spawn, but I am magnanimous enough to congratulate Keith Macdonald on his magnificent success in life.
Posted by Eivind Berge at 8:55 AM 18 comments: Links to this post