Julian Assange's rape case has made the emic/etic distinction highly relevant in this day and age. Before rushing to pronounce rape allegations true or false, it is important to make clear where we are coming from. This would help clear up a great deal of confusion. As Wikipedia puts it,
Within the framework of radical feminism and Swedish law, these charges against Assange would indeed make him a rapist if found by guilty by one of their kangaroo courts (which do not even allow a jury of peers):


Gemma Lindfield, for the Swedish authorities, told the court Assange was wanted in connection with four allegations. She said the first complainant, Miss A [Anna Ardin], said she was victim of "unlawful coercion" on the night of August 14 in Stockholm.
The court heard Assange is accused of using his body weight to hold her down in a sexual manner.
The second charge alleged Assange "sexually molested" Miss A by having sex with her without a condom when it was her "express wish" one should be used.
The third charge claimed Assange "deliberately molested" Miss A on August 18 "in a way designed to violate her sexual integrity". The fourth charge accused Assange of having sex with a second woman, Miss W [Sofia Wilén], on August 17 without a condom while she was asleep at her Stockholm home.

In Sweden, as well as Norway for ten years now and I'm sure a lot of jurisdictions corrupted by feminism, having sex with a sleeping woman is rape (Norway is even one step ahead of Sweden and just increased the minimum punishment from two to three years). Even a woman one is already sleeping with and who will not even realize she has been "raped" until days or weeks later when she has her regrets for some reason, like the man not calling or sleeping with someone else, and often not until a lawyer versed in feminist law has explained to her that it is rape. I was amused to see this delay referred to as "rape latency" on a Swedish blog; this is just one of the absurdities one has to posit in order to prop up the feminist concept of rape and make it internally consistent.

But all of this is merely emic rape, intelligible solely within a radical feminist framework. This point cannot be underlined enough. No reasonable man or even reasonable woman will consider this rape and nor should we respect this law or have any sympathy for the "rape victims" it defines into existence. We need only acknowledge that this definition can be used at a woman's whim to mobilize a gang of blue thugs against men, even internationally, as we have seen -- and then we need to fight it. I certainly advocate defending yourself against thugs with brutal violence, but it is equally important for men to subscribe to an etic definition of rape. Resistance to feminism thus starts in your head, and the etic view of rape would be the one used by evolutionary psychology. Etic rape is sexual intercourse resisted by the victim to the best of her ability unless she is threatened by death or serious injury. It requires a kicking, screaming victim; so if Sofia Wilén woke up and did nothing to resist, she was not raped. This also corresponds closely to the common-law definition ("carnal knowledge of a woman not one's wife by force and against her will") and the definition used by most jurisdictions until very recent feminist corruption of justice. Norway, for example, used a definition of rape I can agree with until the year 2000. Feminist rape law reform has spawned terms such as "rape-rape" to distinguish feminist rape from real rape, indicating that people don't truly buy it and deep down maintain the etic view.

Allow me now to quote our great Western literary canon. This is a from a sex scene in The Crying of Lot 49 (p. 29):


She awoke at last to find herself getting laid; she'd come in on a sexual crescendo in progress, like a cut to a scene where the camera's already moving.

If Thomas Pynchon was a feminist, he should have written that Oedipa "awoke at last to find herself getting raped." Or at least she ought to realize she'd been raped by the end of the book, and it ought to end with a rape trial rather than a stamp auction. Now, I know a great many feminists have read this story, and other accounts like it. Do they really think of rape when they hear something like this? No, it is only when convenient in order to bring down state violence on a man that they reinterpret ordinary sex as rape. I don't recall any discussion or mention of rape when we read Lot 49 for class as a graduate student in English, and that is because it does not occur to women unless they have an ulterior motive that this can be rape. They don't really want to reinterpret the canon to find rape everywhere or even act like the feminist definition is valid in their own lives -- unless they have a specific axe to grind.

Men do everything we do in order to get laid. That is why men do great things. Julian Assange founded WikiLeaks so that he could have young, beautiful groupies and fuck them. And he did. He is quite alpha, yet he is vulnerable to feminist sex law because that is how far it has gone. No one is safe. All men need the men's rights movement to stand up for the nullification of feminist rape law. The fact that Assange is incidentally involved in other controversial business and is wanted by the USA is a red herring here. These ridiculous rape charges can easily stand on their own and get men locked up. It happens all the time. I am glad this is finally starting to sink in, and rape accusers relying on the feminist, emic definition will hopefully face a great deal of derision from now on. Needless to say, it is equally ludicrous to call sex without a condom "sexual molestation." It makes sense emically within a bizarrely sex-hostile feminist setting, but men should refuse to stand for it anymore. Nor do we accept that there is anything wrong with "using our body weight to hold a woman down in a sexual manner." This is what's otherwise known as the missionary position, presumably, and it is perfectly respectable.

Assange has yet to prove his chops as an MRA and I don't know if he is one. Now is the time for him to come out as an anti-feminist or MRA. If he is one of us, he will not deny the charges, but rather attack the Swedish law itself. He has done nothing wrong even if the charges are true -- nothing that can even tarnish his reputation -- so it would only make him look like a foolish feminist to deny them. The rest of the world has already caught onto the fact that feminism is what's on trial here. A rape trial will expose emic feminist rape to a level of scrutiny it cannot survive. The cat will be out of the bag for the feminist rape industry, and scorn will shift to their alleged victims. I think we have reached the point of critical mass with this case, and at the very least women won't be able to accuse rape so smugly any longer when there is no etic rape. Sweden is making a mockery of itself here, which is well-deserved, but many countries are not that far behind. Now I hope the entire climate of opinion will change so that our legal systems can be reformed throughout the Western world. Imagine how many men are imprisoned due to feminist emic rape. It will occur to us that miscarriage of justice has occurred on a grand scale and the backlash against women will be cataclysmic -- I hope.

Thus it is possible for rape accusations to be both true and false at the same time. The accusations against Assange are quite possibly true within their emic setting. But they are decidedly false in an etic, culturally neutral sense even if the women are telling the truth. So the question becomes not whom to believe, but whose side are you on? Men have the power to decide this in our favor. Let us now toss the feminist definition of rape in the trash bin of history. 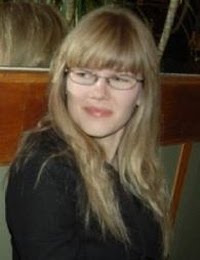 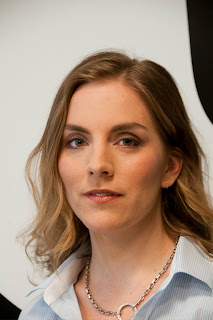 Julian Assange: A Case Study of Feminist Corruption of Justice

I am pleased that the Swedish feminist justice system is making a fool of itself in the eyes of the entire world as we speak. The hubris of feminist prosecutors relying on feminist sex law knows no bounds, but they are setting themselves up for a fall.

It is important to understand that the persecution of Assange is not some kind of aberration. It is not a conspiracy having to do with international politics. Nor are the accusations technically false. What we are witnessing is simply the normal workings of a feminist justice system. In Sweden as well as Norway, women routinely accuse men in this fashion in order to bring down upon them the violence of the state. Thanks to a succession of feminist rape law reform, women don't have to make up some sort of story about being forced to have sex in order to have a man prosecuted for "rape." All a woman has to do is show up at a police station, state that she has had sex and is unhappy about it for some reason, and the cops will gleefully trump up rape charges; or if they won't, feminists higher up in the system will make them proceed with the case. Finally, the cases they lose or are forced to drop because the accusations are too absurd even in Scandinavia are portrayed in the media as men getting away with rape and a relentless campaign is waged to further extend the scope of sex law and preferably even abolish the jury in order to convict more men.

What is so heartening about the Assange debacle is the refusal of the rest of the world to buy into the victimology of the accusers (Anna Ardin and Sofia Wilén). This finally shows the limits of feminist sex law. There comes a point when the definition of rape is so diluted that it is plain for all but the most radical feminists that the real villain is the legal system itself. I am glad this is getting so much publicity, because it will hurt women and benefit men in the long run to expose the nature of a typical Scandinavian rape prosecution. Our feminists are smart enough to shroud these cases in secrecy and will usually not name even convicted rapists publicly, but now they can't help but receiving full scrutiny.
Posted by Eivind Berge at 3:02 PM 19 comments: