Here is a reminder that we don't need to conduct any new studies to debunk false sexual abuse of the sort claimed to lead to trauma despite being consensual and physically harmless. We don't even need the old studies, because they never presented any real evidence to begin with. All we need is plain critical thinking the way it always should be applied to something new. Forget all the propaganda: just treat CSA as a new claim and see what happens. Angry Harry already made this point some twenty years ago when he came up with the idea of "tea abuse." Suppose some people claimed that that having a parent who drank tea when they were children was a later cause of major depression, illness, suicide and psychological dysfunction. Do we need studies to refute this? No, skepticism is enough, at least until someone presents extraordinary evidence for the claim, with the burden of proof clearly resting on them.

There are times when something new really is harmful. Leaded gasoline is a great example, which we luckily figured out and got rid of within 50-100 years, and really should have thought better of from the beginning as it was hardly a secret that lead is toxic. Tea has been consumed long enough that we can rest easy though. And as to sex, we have eons of experience against feminist claims taken out of thin air in the past century alone with no evidence to back them up: 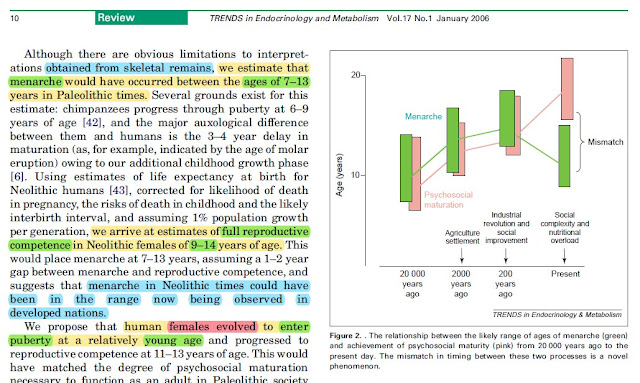 We just need hard-nosed skepticism to refute the feminist claims of CSA. The fact that girls are evolved to reach full reproductive competence at 11-13 years of age (along with the psychosocial maturation necessary to function as an adult in a primitive society), and did so in the Old Stone Age as well as now (only interrupted by periods of poor nutrition in between), sets the bar of skepticism astronomically high to any claim that sex with teenagers is inherently abusive. That skepticism is lacking because of ideological possession, but it is nothing more than what a rational person would apply to either a newly discovered/reputed toxin such as tea or a supernatural claim. All we need to do is cut through the ideology and special-interest politics benefiting old hags and jealous parents and their entourage of parasites in the abuse industry -- in a word, feminism -- and all the "abuse" goes away too, retaining no more force than tea abuse. So what if society has gotten more complicated in other ways recently? You might as well claim we need a degree in quantum physics in order to not be traumatized by taking a shit, so removed from real biology and mentality is our contrivance of "child sexual abuse" -- nothing more than a superstitious excuse to punish whatever you want.
Society is ideologically possessed as if by an evil antisex demon, and I as a man am only trying to defend ourselves against the mad injustice. Look at the ethereal nonsense "sexual abuse" has become, of both children and women and men too, a complete farce that puts the Malleus Maleficarum to shame in the bullshitting olympics of the ages. Look at the latest permutation of "rape" in the feminist state of Norway, which has lost literally ALL the substance traditionally associated with that concept and now consists of sheer nonsense, where perfectly willing girls are even "raped" by charging you money for sex, and the bigger the luxury prostitution the bigger the offense because offering a girl money is defined as a sort of violence used to get her to sleep with you (it is really bad game to pay girls so much, which as we can see makes them treat you like shit, plus he was a sometime wanker too, but he did nothing morally wrong and comes off as a role model on balance, finding ways to swim in premium pussy at the tender age of 19 when many of us were still incels). Supposedly 24 girls have been "raped" with exactly zero grounding in any real rape or abuse... One does wonder, do the normies really, REALLY read this and think OMG A HORRIBLE SERIAL RAPIST or are they able to see through the bullshit on some level and realize that this is just a ridiculously generous sugar daddy, even more silly because he is young enough to go on regular dates with these girls without raising an eyebrow? 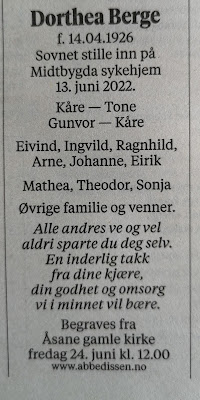 The meaning of words change over time; only dead languages stay the same. I am old enough to have seen my type of activism go through several names, from antifeminism in the 1990s to men's rights activism (MRA) in the 2000s to male sexualism in the 2010s to MAP activism in the 2020s. Yes, "MAP" has grown on me despite my earlier misgivings about using a special word to denote normal sexuality. YesMAP as opposed to NOMAP, obviously, since we have absolutely no affiliation with the anti-contact crowd. I am not ashamed of the MAP label because I acknowledge that language is evolving and if someone carries forth your activism under an unfamiliar or superfluous name then we should focus on the politics rather than the lingo and be thankful.

I am thankful for Newgon because they ensure that our activism lives on regardless of what happens to this little clique over which I sometimes style myself as leader with varying degrees of seriousness. In truth, we are almost irrelevant, but Newgon is a serious organization. Just look at their page on the female sex offender charade! I could scarcely have done it better myself:

Kudos and praise to high heavens! We are not alone! We have kindred activists out there whose ideology if not precisely identical at least overlaps a good 90% with what we used to call the Men's Rights Movement back in the days of Angry Harry and now refer to as male sexualism here on my blog -- or just sexualism is really what I have landed on. I say 90% because they don't seem to be on board with nofap, but you can't have everything. The Newgon site is much more impressive than it looks at first sight, archiving all kinds of sex-positive writings that may otherwise get lost, and even better, I know the people behind it are solid, enthusiastic activists. So even though I don't expect us to make much political progress any time soon, I can rest assured that sexualism is in good hands irrespective of my own efforts. Long live sexualism as (mostly) synonymous with MAP activism! I still prefer "sexualism" and use that in my own writings, but I warmly welcome our new allies, regardless of how they want to style themselves.
Perhaps we should reflect a little over the linguistic shift from antifeminist to MAP. The more I think about it, the more sense it makes because feminism is now synonymous with the culture in which we unfortunately find ourselves. The normies are feminists without using that word, which is now reserved for only the most newly extreme antisex bigots who probably want to raise the age of consent to 25 at this point and change the definition of rape to all sex without a consent document signed every five seconds. A normie who thinks it is wrong to have sex with minors under 18 does not usually identify as a feminist, even though his ideology is radfem by 1990s standards. He simply does not know how bigoted he is because feminist indoctrination has been so successful at normalizing their hateful criminalization, even instituting the most extreme jurisdictions (typically California) as the norm for the entire world. As such, calling ourselves antifeminists would hardly be intelligible to this society as it would not even begin to describe to them how radical we are. "MRA" doesn't get the point across either since the ones still known under that label are busy celebrating 1990s feminism and applying it to men too. That leaves us with sexualist -- which is a fine word for all resistance to oppression of sexuality, but not in common use -- and MAP, which has actually gone mainstream, at least as a word and identity if not a serious challenge to laws yet.
So, here we are. Lest anyone think am aligning myself with child abusers, have a look at Newgon's ethos page:

Elective 12 is our (non-binding) Age of Consent position

The best available evidence supports the idea of an elective-emancipation system for young people aged 12 and up. We do not bind participants to this position.

The proposed model is in effect, a passport system where young people age 12 and up, can sign to emancipate themselves in (potentially) a variety of areas. With respect to adults and emancipated minors, this will include legal consent to physical/sexual relations. Other important rights may be included, however, we will not campaign on most of these issues until there are signs of an emerging policy consensus:

We propose that emancipation will be the choice of the young person, assuming they can be assessed by a doctor as mentally competent - broadly in line with their peers. With respect to sexual relations, the age of 12 is identical to the system employed in the Netherlands up until very recently. However, allowing young people to self emancipate gives them the power to choose what aspects of their lives they will be responsible for. Various controlled outcome studies will be conducted by social scientists after these changes are put into effect, creating more jobs.

Not sure I agree with those other areas or the passport model, but it is a refreshing position in this day and age and close enough to our own ideology as to be almost indistinguishable. If anything, they are more moderate than us. I would also say that an age of consent of 12 is non-binding but at least as low as 13 is definitely binding to be called a male sexualist, along with a complete rejection of the female sex offender charade as equally nonsensical as criminalizing witchcraft -- and I do not care how this is received, because my conscience does not permit me to condone the persecution of harmless women. As you can see, neither Newgon or us are currently trying to normalize actual pedophilia in men, but we do not care what the public calls our eminently sensible positions on male sexuality either.
Posted by Eivind Berge at 2:47 AM 25 comments: