As the case is falling apart for the police, they have started giving me my stuff back. My words are legal and so are my belongings. 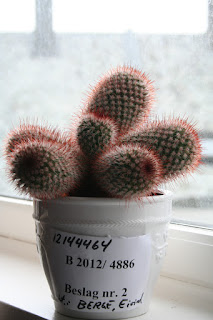 So far I got one cactus back. This cactus isn't even psychoactive, and in any case the alkaloid content does not matter because there is no such thing as an illegal cactus in Norway, when kept as a living decorative house plant as I was doing. While mescaline is a controlled substance, live cactus is not. I also had specimens of Lophopora williamsii (peyote) and Trichocereus pachanoi (San Pedro), which are still in police custody. These will also have to be returned to me because as much as the cops would like to destroy them and charge me with drug crimes, there is no law criminalizing live cacti at this point. You have to prepare them in some way for consumption or extract the mescaline before it becomes illegal, and I am not into that. I really mean it when I say they are only for decoration. I have been a psychonaut, to be sure, but that was many years ago and I have no interest in tripping anymore (or using any other recreational drugs including alcohol for that matter). My attitude to psychedelic drugs and the entheogens can now be summarized by this quote by Alan Watts: "When you get the message, hang up the phone." Been there, done that. I've been to both Heaven and Hell and am in no hurry to return, to say the least. These drugs are called entheogens because they generate God within. Whether the mystical experiences they unleash have any spiritual validity I cannot tell. Perhaps they are just mind states like any other. But then that applies to spiritual insights obtained by other routes also, such as meditation. I remain skeptical and agnostic, as ever. I do know that I want to live in the material world and make the most of it here and now. Eternal things can wait until they inevitably confront us (or not), and meanwhile I just want to have some pretty flowers in my living room, which is perfectly legal and harmless. This is what my peyote looks like when it flowers: 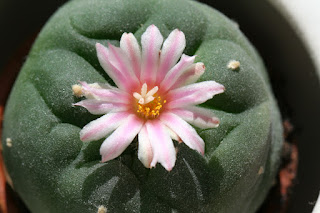 Articles about the Harlem Renaissance are apparently very suspicious and require police attention. 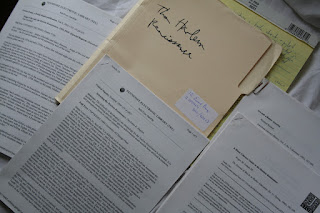 This is how it was presented in the case documents: "The Harlem Resisstance" [sic]. 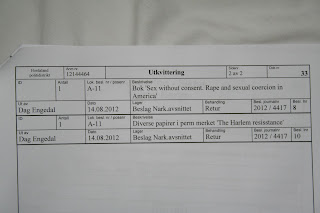 This is what your bookshelf looks like after the cops have searched through everything: 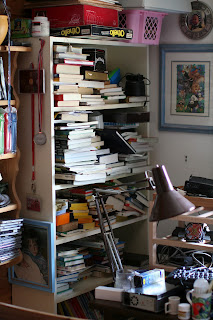 Even regular books are suspicious to the Bergen police. This is an ex-library book purchased used via Amazon Marketplace. Seized by cops because if you read about rape you must be a criminal, right? 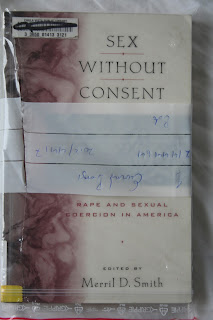 I learned from this case that we only have as much privacy as we make, which is to say you pretty much need to keep everything digital and encrypted if you care about privacy and the cops should decide to investigate you. This calendar, for example, was analyzed to the extent of looking up my friends whose numbers were in it and discussing their criminal records in the case documents. 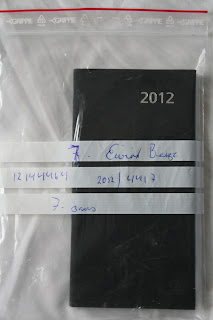 The police even managed to spill a jar of old coins, some of which fell into the subwoofer of my Harman Kardon Soundsticks III. 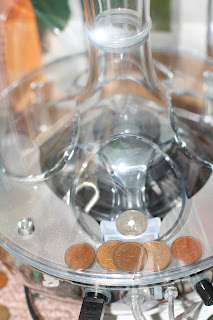 The coins are impossible to get out without breaking the subwoofer, as far as I can tell, and as long as they are there the sound is horrible. 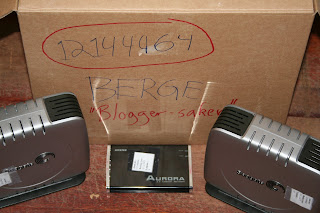 My computer equipment has been returned. These are some of the seized hard drives. But they broke my laptop, evidently while circumventing the BIOS password protection. I expect to be reimbursed for this as well.

My explosives manuals originating from my military service are also perfectly legal, of course, and I could have demanded them back. However, when the cops asked if I could give them up as a favor, I agreed because I don't particularly need them anyway.
Posted by Eivind Berge at 6:10 PM 50 comments:

I am delighted to report that Norway's Supreme Court ruled in my favor today. My blog is legal after all. The police had no lawful basis for pursuing criminal charges against me. This means the case has collapsed for the prosecution and I will be entitled to compensation for the three weeks I spent in prison. I was arrested and jailed for speech which the Supreme Court has ruled is legal, so obviously the entire prosecution was utterly baseless. The cops now also have to give me my computers and other seized property back, including my cactuses, which are also not illegal. They even have to delete my DNA. A lot of people wanted to see me punished, but justice prevailed today nonetheless. Kudos to the Supreme Court for upholding the law even though it meant reaching a verdict unpalatable to feminists and the police.

I am relieved and happy to be free, and proud of the impact my case has had on the public discourse regarding feminism and antifeminism in Norway. Being a political prisoner provided a welcome boost to my activism. Which should surprise no one, because suppressing speech generally tends to be counterproductive. The entire process has been tremendously empowering for the Men's Rights Movement. This spectacular prosecution of an MRA sparked debate and demonstrated to the horror of the feminist establishment that there are more antifeminists out there than they knew. I am not some kind of extremist easily dismissed, even though some of my writings may appear somewhat ungenteel. While my kind of violent rhetoric is legal, it is no longer needed. We are strong enough to fight feminism in more elegant and subtle ways now.
Posted by Eivind Berge at 5:52 PM 360 comments: